Small producers on the border of Minas Gerais and Espirito Santo have been surprising the market, specially with their coffees late and selectively picked. 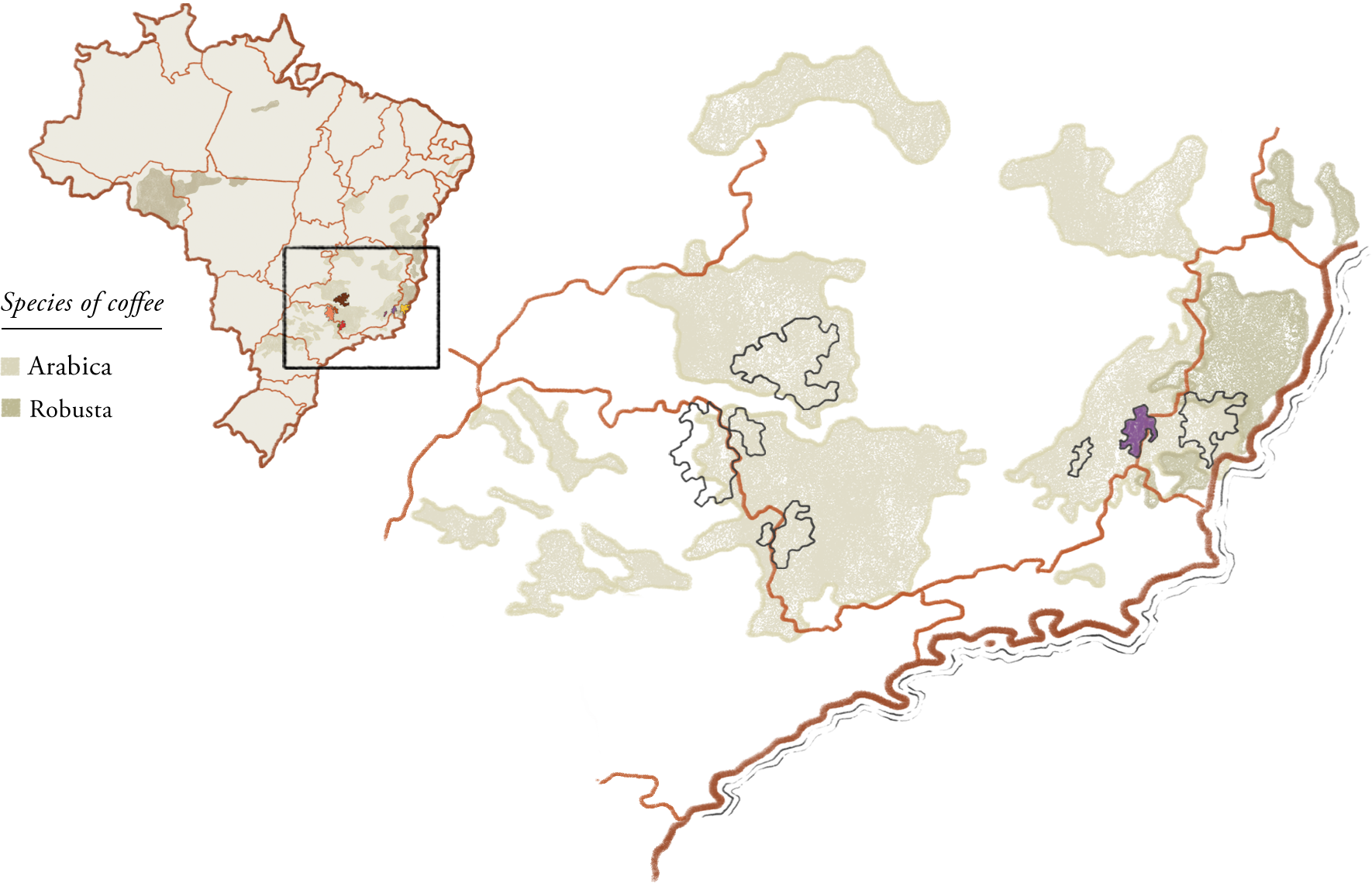 The third highest peak in Brazil located in the Caparaó National Park, which comprise a beautiful landscape that crowns the view of several coffee farms.

A privileged view with privileged coffee. Majestic mountains covered by native forests, waterfalls, unique fauna and flora make the region of Caparaó one of the most visited area by people who love hiking and climbing. The interest of Bourbon Specialty Coffees, however, is focused on great coffee blooming from this natural paradise. Located on the frontier of the states of Espírito Santo and Minas Gerais, this region attracted attention when producers started betting on specialty coffee not long ago.

In the past, the farmer’s weakest point was concentrated on the post-harvesting processing, which compromised the quality severely. This reality changed when mild climate allied with technological evolution drastically improved their artisanal processes. Based on family farming, most of these producers do manual picking. As soon as the processes were enhanced, beautiful coffees started to enchant various palates around the world.

When specialty coffee profit news spread all over Caparaó region, quality became a priority and it was at this time that Bourbon started its operations there in 2012. Nowadays, an average of 250 producers (small, medium and large) work closely with Bourbon’s team as partners; crop after crop.

Washed, natural and pulped natural cherries are usually dried on concrete patios. There are some, however, that invested in African beds, mechanical dryers and in greenhouses in colder areas. It is important to mention that some producers are investing in fermentation techniques and seeing great results.

With remarkable coffees, local producers in 15 cities decided to invest in a Geographic Indication project. Developed and managed by professor Joao B. Pavesio, it aims to enrich the region. With altitudes from 600 meters to 1,500 meters, the mountains offer a “terroir belt” where coffee plants find perfect conditions to develop.

The Pico da Bandeira (or Bandeira Peak) with its altitude of 2,892 meters and five other high mountains in the Caparaó National Park are the guardians of this coffee region. With temperatures between 19ºC and 22ºC during the year the climate is classified as high-altitude tropical with hot weather in February and cold in July. Intense rains wash these mountains from November until January and it can reach a volume of 1,000mm per year.

What you should know about this region:

The first inhabitants of these lands were the Carajás tribe. In 1928, Mr. Francisco Valério bought some lands and the absence of people in this region attracted lots of families to raise their cattle. Historical documents record that Caparaó had 600 inhabitants in 1948, most of whom were German immigrants living in 80 houses.

The Caparaó Guerrilha is another curious fact of these peaceful mountains. In 1967, the first armed group started an offensive move against the military regime that reigned in Brazil from 1964 to 1985. A group of 10 thousand soldiers were sent to the region in order to “control” and suppress the revolutionary movement. 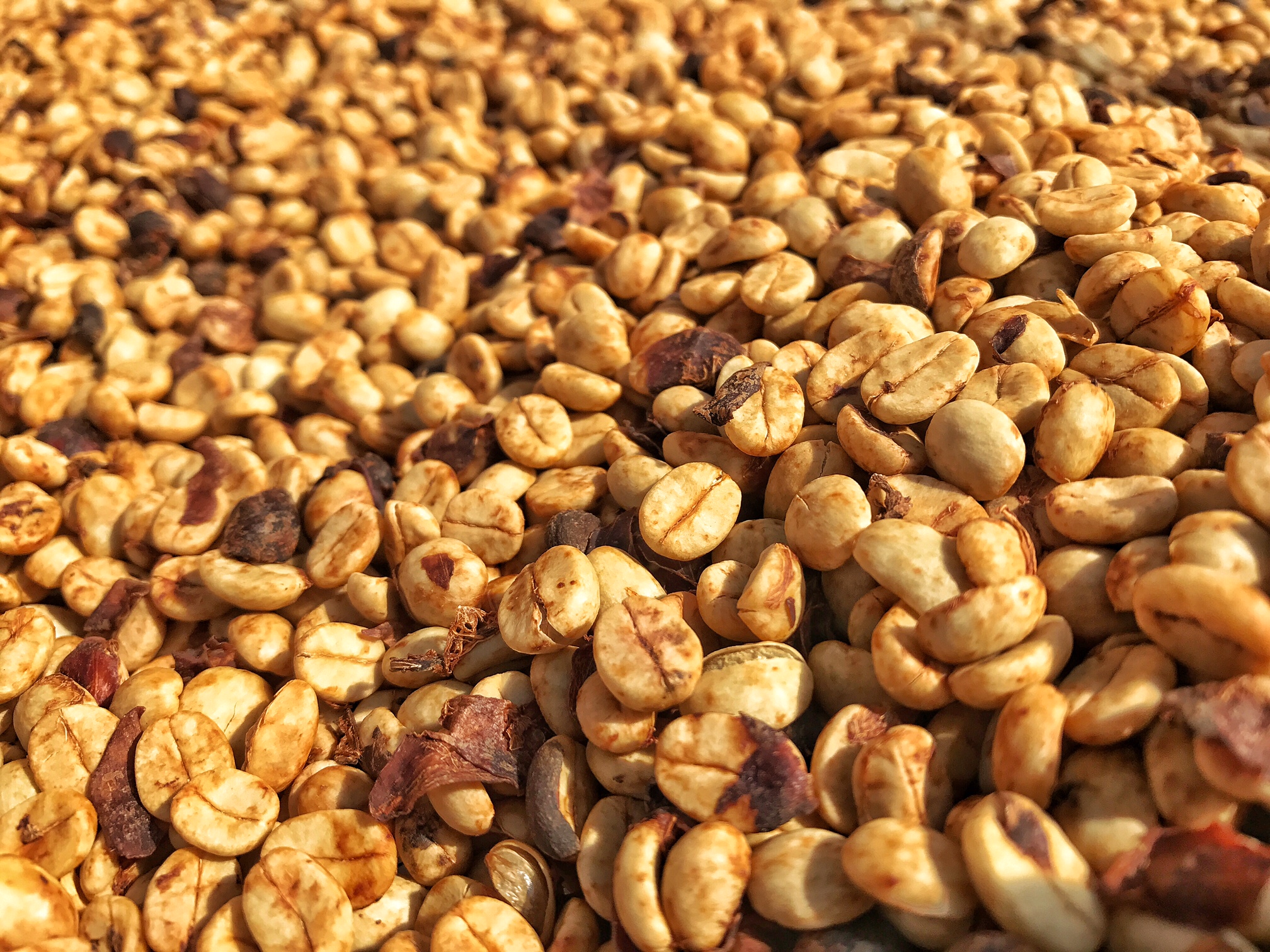