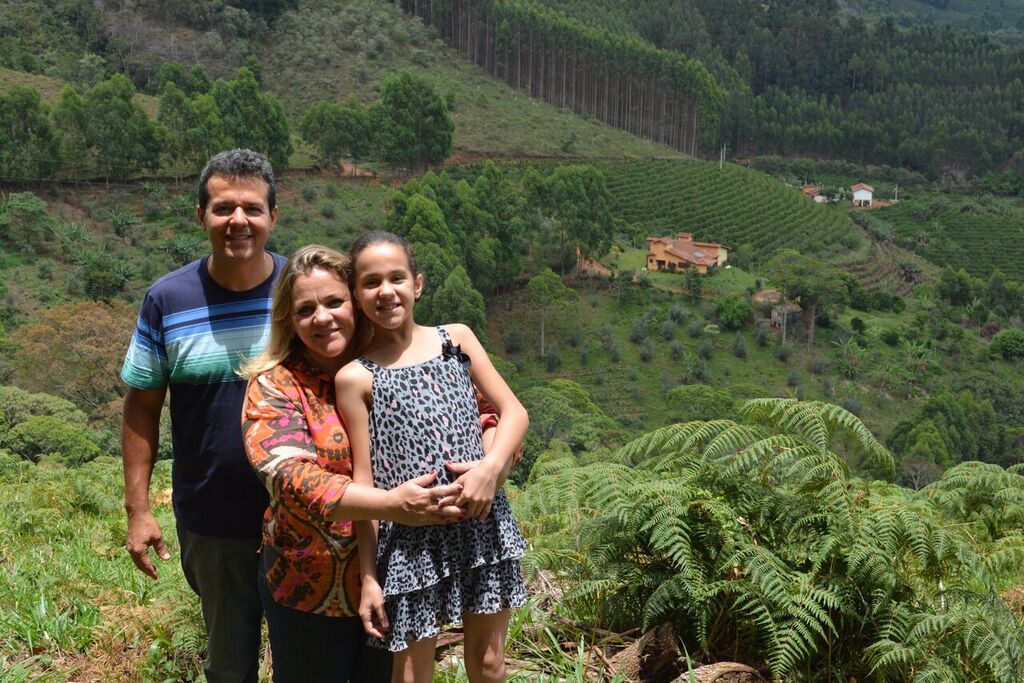 Simone inherited the property from her parents who produced comercial coffees. However, they found out that they had a favorable terroir for producing specialty coffee. They have won already many contests such as Illy 2014 – 1st place, Abic 2015 – 1st place, Selo Estadual de Sustentabilidade – 2015 and 4th place at BSCA – 2016.

Her goal in producing specialty coffees is to aggregate value to an abundant production product.

She does the picking manually and using a derriçadeira trying to pick the beans as mature as she can. Afterwards she separates the microlots which are sub divided in 4. The drying process is 100% using concrete patios and the coffee is separated in labels according to CERTIFICA MINAS.

The picking and transport to patio are done on the same day using water.