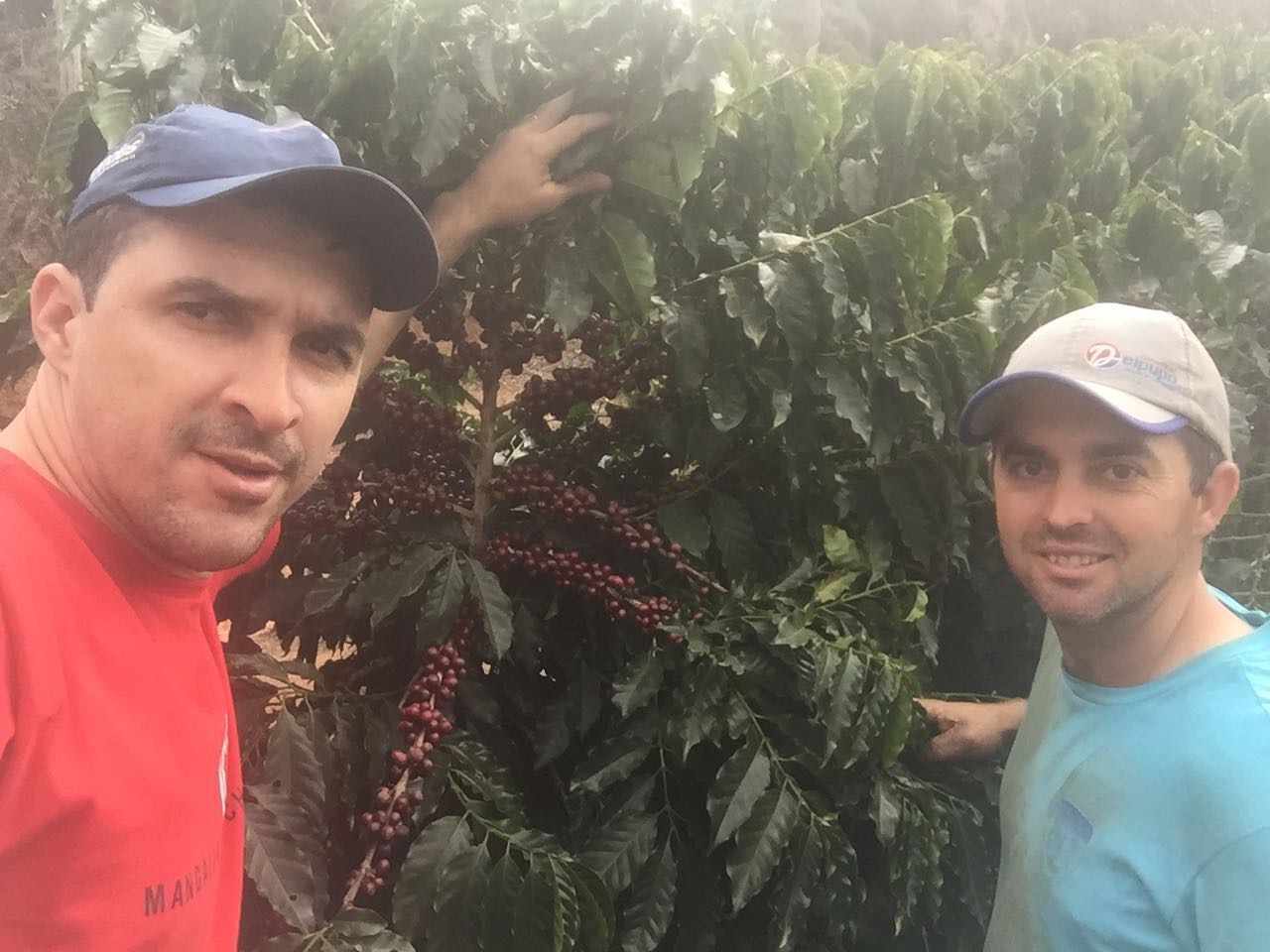 No family heritage, just a deep wish to make the best coffee in the region. This was the main argument that put together two coffee lovers: the brothers-in-law Luciano Pimenta and Antônio Carlos. The first is an agricultural engineer and the second comes from a rural family. Together, they have decided to buy their own farm in Afonso Cláudio city, in Espirito Santo state, and start producing coffee in a different way. “We need to be precise with our strategies, focusing on quality”, says Luciano.

They both have well defined roles at Sitio Alto Liberdade. Luciano is responsible for all the technical guidance, researches and choosing the correct techniques during harvest, post-harvest and the farm maintenance thorough the year. On the practical side, Antônio takes his “hands on” knowledge to administrate the technical advices from his partner. According to Antônio, the advantage is that Luciano supervises the quality of the soil, the health of the crops and other processes. “Without him, I would have to hire another engineer to help me with the production”, says.

The first challenge when they bought the property was to understand the region’s micro-climate and take the right decisions. “We had to choose wisely the perfect varietal with resistance to climate and uniform ripening rate”, explains Antônio. This choice was really important because the piece of land chosen was steep and known for recurrent frosts, where the temperature could fall sharply.

“With Incaper’s help, we decided for the varietal 785/15 because it is more resistant to cold and the production can be higher”, says Luciano. After the first harvest the partners confirmed their right decision since the maturation was slow and uniform. All this care in detail resulted in the 2nd place at Bourbon’s quality contest at Venda Nova do Imigrante city, in Espirito Santo state.

This 5 years old crop is composed by Catucaí 785/15 plants with a production of 70 bags (60kg each) per year. The post-harvest processing method chosen by the partners is Pulped Natural and it is dried at concrete patios.

In order to keep the natural diversity, which helps the micro-climate and soil nutrition, they planted palms, tangerines and limes trees to guarantee extra income to the farm and also maintain the fauna and flora from Mata Atlântica forest.

What you should know about Afonso Cláudio city:
“Among huge rocks, rivers and forests, one day a city emerged” – this is the city’s anthem, which celebrates its natural beauties and their potential to agro and ecotourism. Nowadays, Afonso Cláudio is composed by five districts Piracema, Fazenda Guandu, Pontões, Serra Pelada (Lagoa) e São Francisco Xavier do Guandu.

The municipality was the biggest coffee producer in Brazil until Brejetuba city get their independence. Now, both towns are big players in the coffee scene mainly in the specialty market.

The native indians Botocudos were the first inhabitants at the region and they had a very simple subsistence life. Colonizers arrived during the century XVIII searching for gold extraction and, after that, the region History changed forever. Nowadays, most of the population is descendants of Italian immigrants.

“The harmony between agricultural theory and practice will lead us to quality. Our production is small, but the best one in the region!” – believe both partners Luciano Pimenta and Antônio Carlos