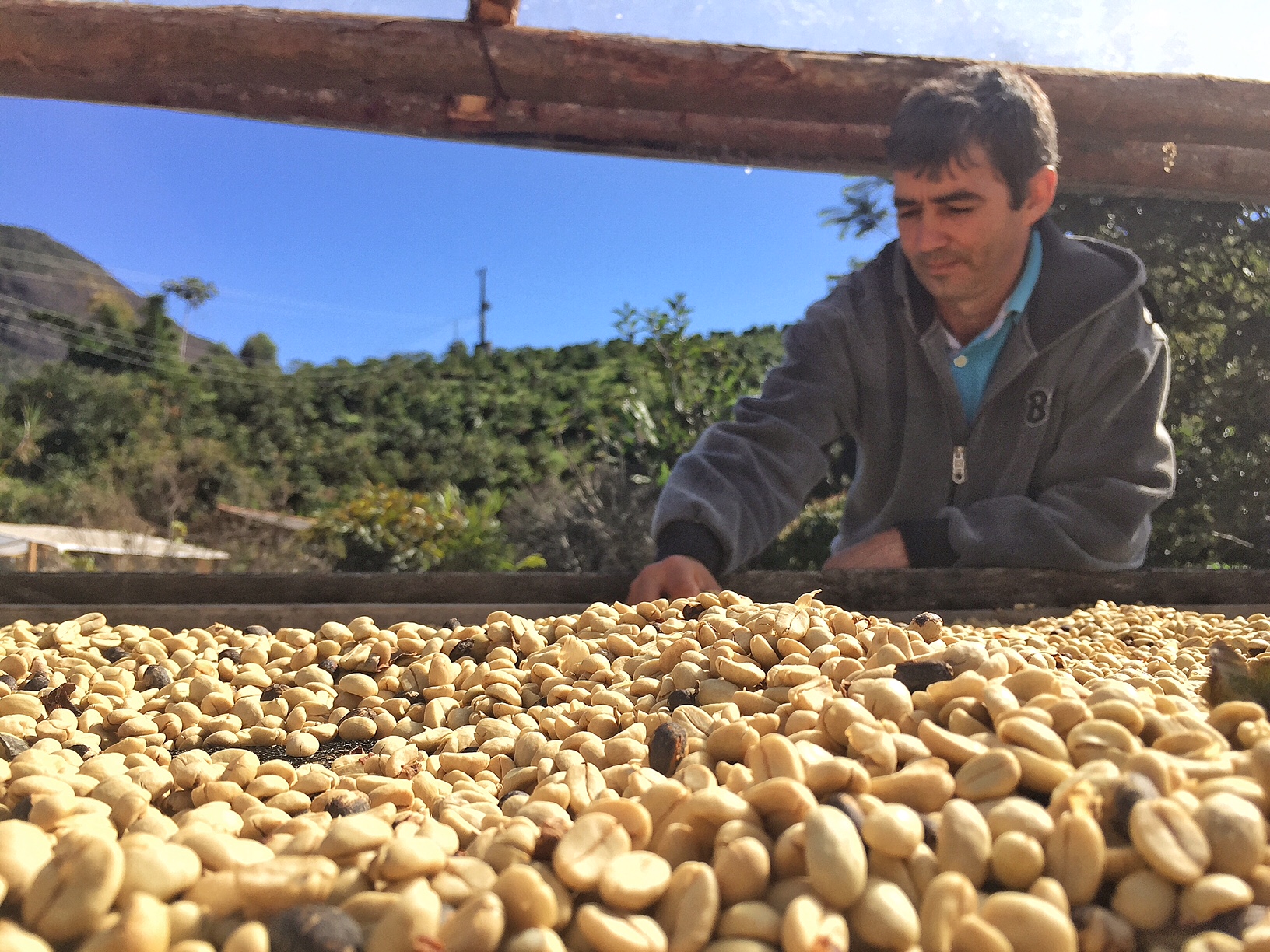 He was the champion of Mata de Minas contests six times in a row and he won Minas Gerais state contest in 2012 and 2014. The year of 2016 was busy for the producer who had to celebrate twice at ABIC (Brazilian Coffee Industry Association) awards and also at the Bourbon Specialty Coffees award of Matas de Minas. Located in Espera Feliz municipality, in Minas Gerais state and 378km away from Belo Horizonte, the property is building a tradition in its consistent results towards quality.

The property is managed by the Lacerda family members, who wants to maintain the knowledge of procedures and the “know how” among them. “We decided to take the knowledge acquired from wine production and invest in coffee production in 2009. Our dedication is 100% focused on quality, for this reason, 60% to 70% of our harvest is specialty coffee”, explains Alexandre Lacerda.

In order to meet this plan, the family bet in experiments with new technologies, fermentation and different ways of processing. There has been considerable improvement in research, studies and better contact with the buyer in order to enhance their procedures of drying, fermentation, type of patio and other factors which affect the coffee. “Until 2019, 80% of our coffee will be specialty”, says Lacerda.

With great climate and an altitude that goes from 1120 meters to 1422 meters, the property produces an average of 500 bags per year. From its 21 hectares, Yellow Caparaó, Red and Yellow Catuaí occupy 14 hectares, processed through Naturals and Mechanical Washed process and dried in raised beds or covered patios.

For being in the little natural corner between Minas Gerais and Espirito Santo states, close to preservation parks, the natural sources are abundant at Sítio Forquilha do Rio. The climate is classified as tropical altitude, where summers are mellow and winters are pretty cold. The temperatures can reach maximum of 25ºC and minimum of 12ºC with an average annual rain of 1.595mm.

What you should know about Espera Feliz city:

“Happy Waiting” would be the rough translation for Espera Feliz, the small town name. There are several tales about this name’s creation but the most used by locals dates the Portuguese emperor times. The Imperial Government of Dom Pedro sent some engineers to research the area and the group choose a camping site to spend some days.

During their stay, they had to hunt to feed themselves but with several wild animals around the camp it was easy to guarantee their meal. It was just to wait for a happy ending. The meal would come to them.

Another interesting fact is the railway arrival in the region. Called as Leopoldina Railway Company Limited, this transportation technology would connect important towns along the way. Some important farmers didn’t like the idea of trains in their properties because they were afraid that it would devalue their farms. In fact, they were just afraid that the Spanish flu would come with the train.

For this reason, the railway map was changed in that time and a junction of two branches of the railway were created: to Manhuaçu – MG and to Espírito Santo. The funny part is that the modern Espera Feliz was built around it, where it was also located the water tank to supply the steam engine, the fuel tank for the boiler and the house of the conservation group of the railway line.

“You must have attention to details to produce the best coffee.” – José Alexandre Abreu de Lacerda.