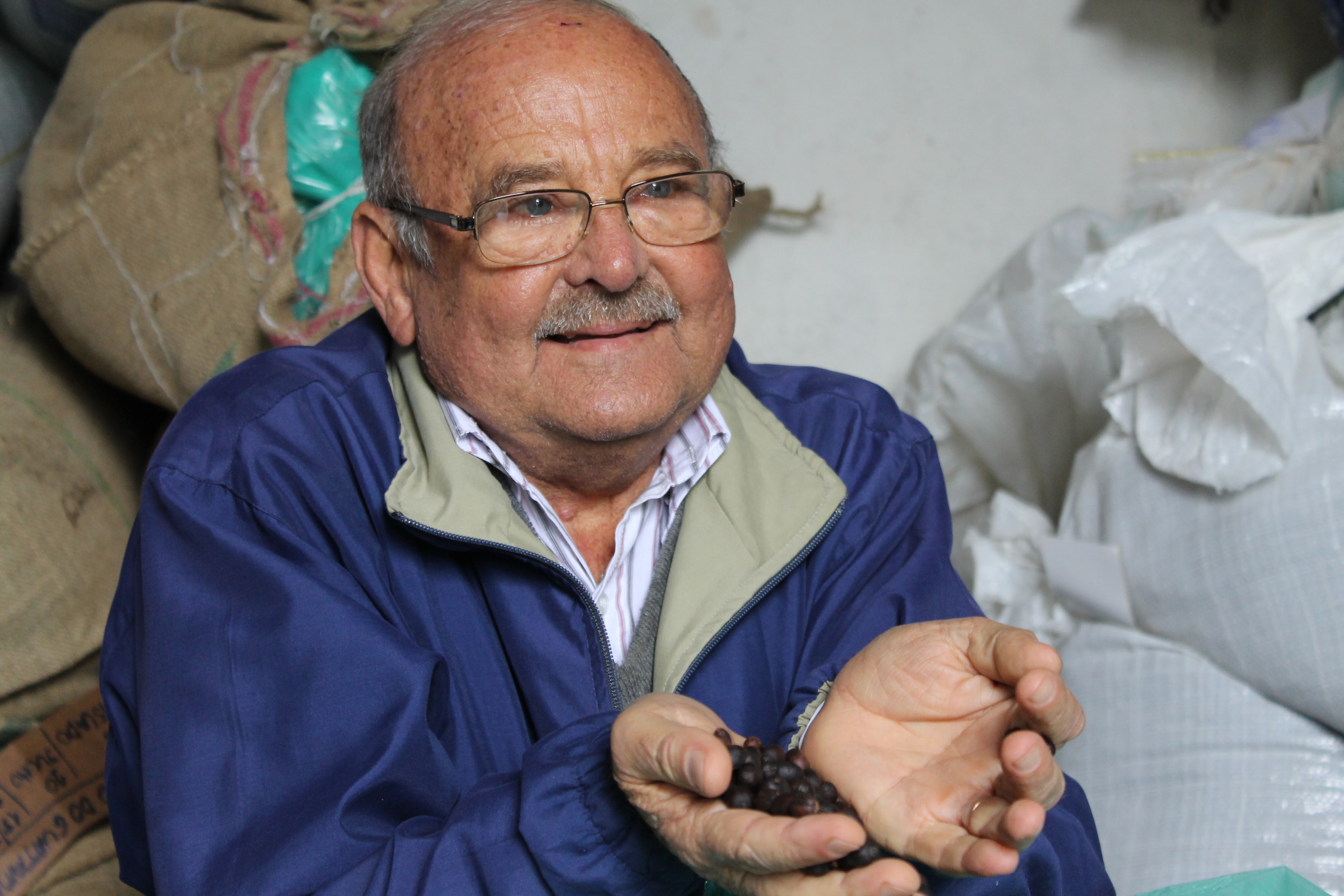 Balanced agriculture with strong organic strategies is some of the reasons that made the producer Paulo Sérgio de Almeida famous in Brazil. After winning several awards in important quality contests, people in the coffee industry started paying attention to his methods. “People made fun of me when I stopped using chemical products to treat my plants and when I adopted the ‘volcano system’ to dry my coffee”, says the producer.

Located in Paraisópolis, south of Minas Gerais state, Santa Terezinha farm belongs to Almeida’s family since 1935. The coffee plantation however started only in 1983 with a different approach when compared to their neighbors. The coffee plants are cultivated among native trees such as Guatambus, Pau Marfim, Pear Trees, Jacarés Tree, Taiuba and majestic Jequitibás. With that, the soil keeps its fertility and the mild climate composes the perfect terroir for the coffee.

Besides the coffee production in the highest area of the property, with 1150-meter-high, the producer also invested in beef cattle, swine cattle, and organic plantation of manioc, beans and Dragon Fruit. This diverse production not even maintains the ecosystem healthy but also guarantees the family’s income during the whole year. The organic fertilizer, for example, is made at the property using pork and beef’s manure to nourish the coffee plants. “We also use coffee peels, mucilage, plant’s trunks and other waste in our composting facility. So far, we have organic certifications of MG 050 and of the Botucatu’s Biodinamyc Institute since 2001”, explains Mr. Paulo.

Some might say that Paulinho (this is how he likes to be called) is crazy trying different experiments in his property, but everything is based on scientific theories and new technologies. Graduated as Agronomic Engineer at the Federal University of Lavras (UFLA), he has the same technical background as his son André, who is helping him with the high-quality coffee production.

Attention and care in each little detail before and after harvest are helping the producers maintain the quality at the chemical free farm. “Nowadays, we have Mundo Novo, Yellow Catuaí, Yellow Catuacaí and Red Bourbon”, explains André. The processing methods can vary between naturals, pulped natural and some washed. All the cherries are organized in lots by variety and processing method and they can be dried at greenhouses, Raised beds or with the volcano shape at concrete drying patios.