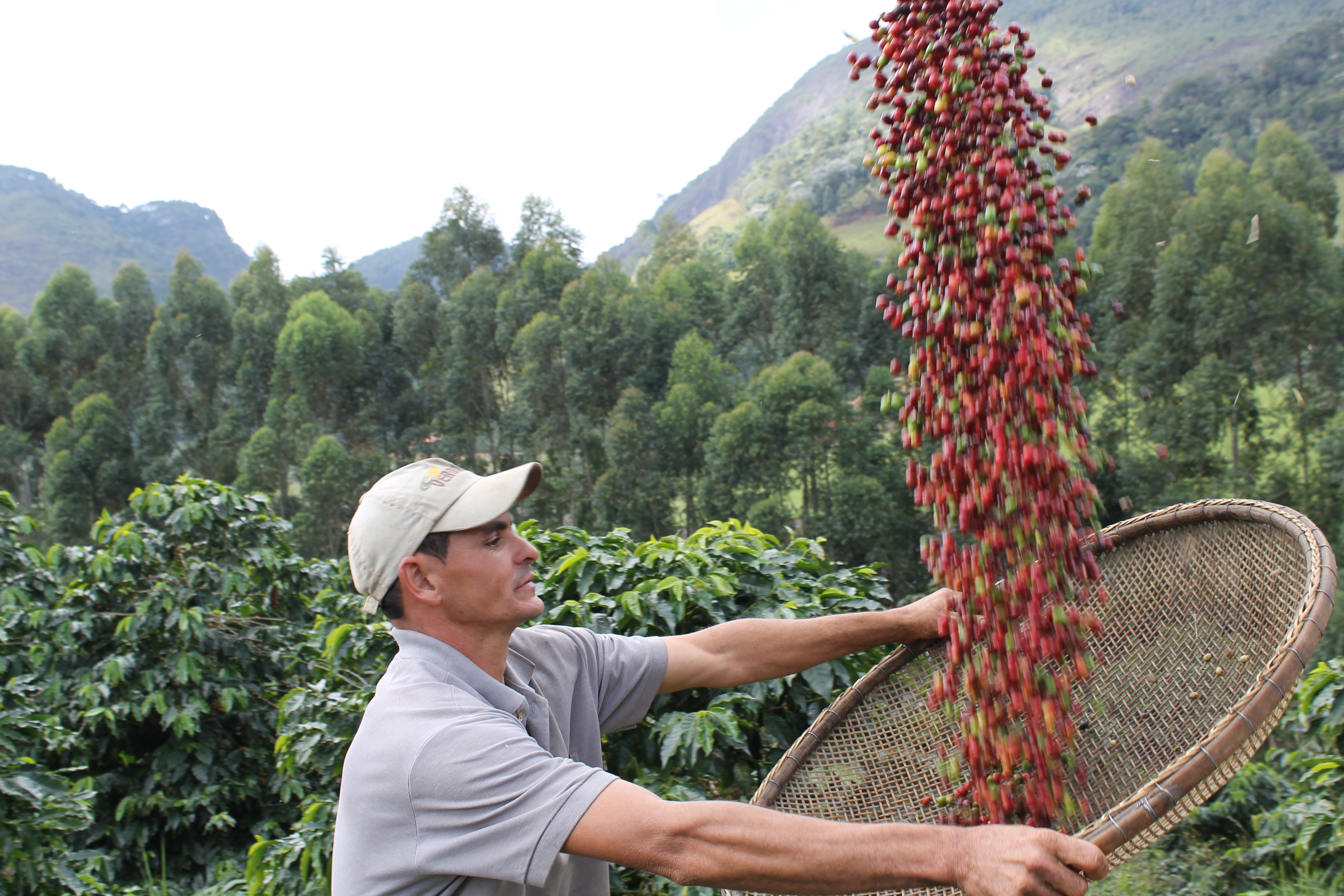 Sítio Bateia has a long history in the city of Castelo. Edineia Sartori inherited it from her father, Mr. José Sartori, in mid-2007 when she was living with her family in Pontões, Sergipe.

At this time, she decided to move with her family to the Bateia Community with the mission of running the 12 hectares and being part of the 3rd generation of farmers in the family alongside her brothers who are also farmers in the region.

Edineia took on the mission responsibly and confidently, inspired by her father’s dedication. Aware that the task would not be easy, she took it upon herself to build a quiet life in the Bateia Community. She has achieved this year after year supported by the excellent work undertaken with coffee. Edineia’s coffees are coveted for their sensorial characteristics on the cupping table, which attest to the serious work of the family.

Edineia is married to Valentim Fiorezi and together they care for 3.5 hectares of planted coffee and the patio. Production totals a little more than 50 bags of coffee per year. The low production requires much work from the couple given the geographical conditions of the farm which is in a very rugged mountain area. They do selective picking from July to December of the Red Catuaí and Paraiso varietals. The latter is a varietal rarely found in the region and has the potential to create a sweet drink with unparalleled aroma.

Work is a little easier during post-harvest processing. Edineia and her 4 siblings pooled their resources to buy a huller a few years ago and help each other when pulping the coffee. Edineia’s coffee production has brought results. In 2015, it placed 2nd in both city and state competitions with a pulped natural Red Catuaí.